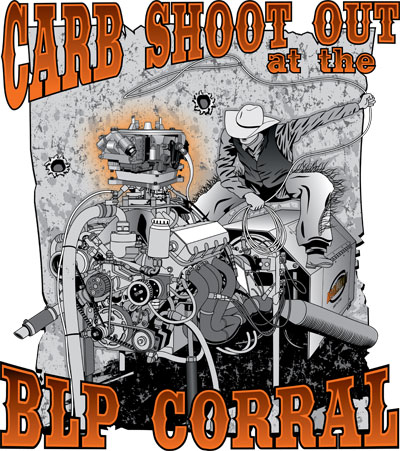 Fifteen race carburetor businesses from around the country were represented in the inaugural Carb Shootout organized by BLP Racing Products, and held in its Orlando, Florida, facility just prior to the opening of the PRI Trade Show. By all the accounts we've heard, it was good fun with highly respected race carburetor experts participating.

Mark Whitener won the small block competition, while AED Performance, Richmond, Virginia, was runner-up. AED Performance won the Out of the Box award.

AED Performance then went on to win the big block competition, with Braswell coming in as the runner up. The winner of the Out of the Box award was AED Performance.