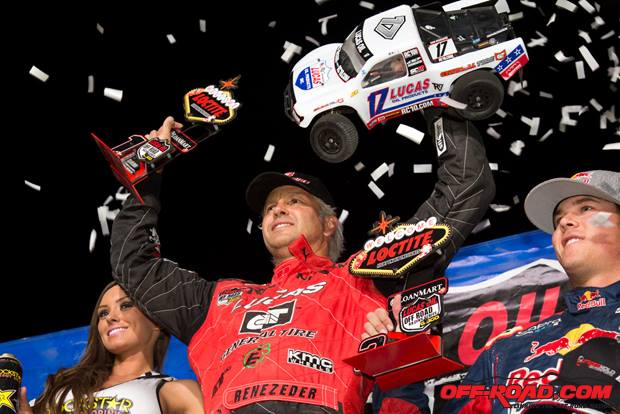 LAKE FOREST, CA (September 26, 2013) Nine championships. Nine. That's an impressive number, even more so when you consider they were earned in just 15 seasons of racing. Carl Renezeder won just one race in his first season of short-course competition in 1999 and has since built a record book that's truly legendary. His 114 career short-course wins have garnered nine national championship titles, the latest of which was secured this past Saturday night at Las Vegas Motor Speedway in round 14 of the 15-race Lucas Oil Off Road Racing Series season. He's one of the most prolific drivers this sport has ever seen, and he's still at the top of his game.